According to the Vietnamese Labour Code - No. 10/2012/QH13, which came into effect on 1 May 2013, a labour contract (hợp đồng lao động) is needed for both foreign and Vietnamese workers.

A labor contract must be written in Vietnamese or in both Vietnamese and the foreign language that is applicable to the employer and employee. Contracts for temporary jobs lasting less than three months or for domestic helper work do not need to be in writing and can be oral.

Employment contracts in Vietnam are normally one of the following types: 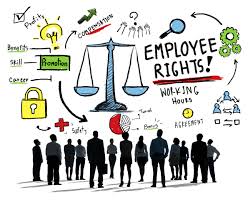 The Labor Code of Vietnam requires that a labor contract include the following material terms: (i) work to be performed; (ii) working hours and rest hours; (iii) wages; (iv) working place/location; (v) duration of contract; (vi) conditions on occupational safety and hygiene; and (vii) social insurance for the employee. In practice, statutory material terms are for standard labor contracts for simple work only.

Employees are well protected under Vietnamese labour laws. The employer is, therefore, not entitled to terminate a labour contract at will. An employer can only unilaterally a labour contract with an employee on certain grounds, including, among other things:

Establishing a firm foundation to human resources management in Vietnam starts with preparing and signing well-considered employment contracts. Far from being an administrative nuisance imposed under Vietnamese law, when handled deliberately with guidance from experienced counsel, they should be regarded as the first step in establishing robust human resources for a company by cultivating stability in the workforce and limiting disputes and disruption.

Apolo Lawyers is looking forward to helping the client save the time in order to draft the labour contract and take care the legal issue occurred during the human resources management process.